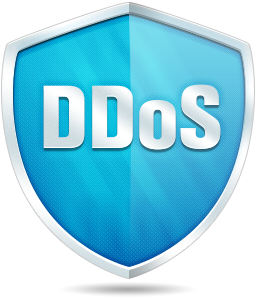 DDoS Protected Dedicated Servers: Distributed denial-of-service (DDoS) attacks are very common nowadays. Even some of the biggest companies of the world have witnessed this attack. DDoS is an attempt to make a machine or network resource unavailable to its intended users. You must have read or listened to the news in 2012 when world’s largest registrar and hosting service provider Godaddy witnessed DDoS attack and thousands or may be millions of websites were down till the time Godaddy didn’t resolve the issue. In Godaddy’s investigation report about the DDoS attack, they admit about this issue and confirm that their services were down from 10 a.m. PDT to 4 p.m. PDT.

Now imagine when all of those big companies can witness DDoS issue than a small player with one or two servers could be an easier target for hackers to perform the DDoS attack. But don’t worry there is a solution to this problem and the solution is DDOS protected dedicated servers. If you’re running a website or application on the internet that frequently witnesses Distributed denial-of-service attack, a dedicated server with DDoS protection could be the life saver for you.

There are many companies which offer Distributed denial-of-service attack protected dedicated hosting servers. Some of them charge for the service additional to the dedicated server pricing but some sale dedicated server with DDoS mitigation as a complete package.

DDoS (Distributed Denial of Service) attacks are sent by two or more persons or bots. The best-known reason behind people perform DDoS attacks is to temporarily or indefinitely interrupt or suspend services of a host connected to the Internet. You can read more about the method used in performing those attacks and symptoms that your website is hit by any such attack or not. you can refer to Wikipedia’s DDoS page. 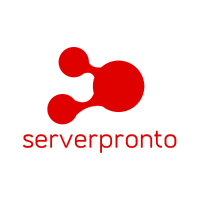 Serverpronto is a leader in dedicated server hosting. They are into the web hosting business since more than 15 years. The dedicated servers come with 100% Uptime SLA and a 7-day money back guarantee. You get your server within 2 hours after you order one from Serverpronto.

The dedicated server hosting plans starts from $39.95 and there is no contract required, that means you will be charged on the month to month basis.

Here are some benefits of buying a server from ServerPronto.

They have DDoS protection as a security measure in their data center.

Liquid Web DoS Mitigation System can be deployed inline without the need of DNS changes and can be implemented in minutes instead of hours or days.

BlackLotus offers 3 different dedicated servers with DDoS protection. They deliver you the server with complete configuration within 1 to 2 days time. Their Dedicated Servers comes with 16 GB & 32 GB RAM options with 20,000 GB clean traffic, 1000 Mbps network interface with Attack monitoring platform. You can choose operating system out of Linux, FreeBSD, and Windows Server. BlackLotus use a patent-pending Human Behavior Analysis (HBA) technology to protect dedicated servers from DDoS attacks. Black Lotus’ HBA technology is capable of mitigating Layer 7 HTTP attacks with near 100% accuracy. Their solutions come with the real time reporting system. If you need a bigger server you may contact their sales team for a custom dedicated server. Read more about BlackLotus Servers.

Things You Should Consider While Buying DDoS Protected Servers

Below are the few points that you should consider before you sign up with a host for DDoS protected Dedicated Servers.

Is Additional Bandwidth During DDoS Attack Is Chargeable?

Ask About Their DDoS Mitigation Network

Mitigation Network also known as Scrubbing Centers helps to host providers deal with DDoS attacks near their points of origination. These networks divert disruptive UDP and TCP attacks away from your server, preventing precious downtime. When you buy a server must confirm how big there Mitigation Network is, if they have any Mitigation Network hub in the country where you think the attack could come from.

Reports help you to plan for future. They also help you to see what is going on your server and how you can improve the performance of your server. We strongly recommend you to must ask for live reporting from your DDoS protection service provider. With this kind of reporting systems, you can not only see DDoS reports in real time but can also access to the reports about past DDoS attacks your server witnessed. This helps webmasters plan a better strategy.